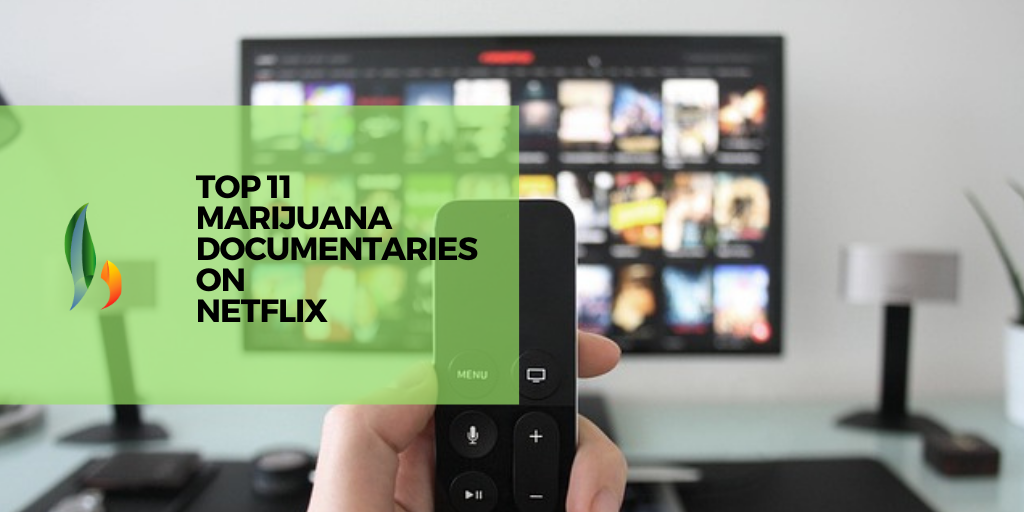 Got a craving for marijuana documentaries on Netflix?

Learn more about medical marijuana, a comedian’s take on smoking for 30 days on and off, and how Snoop Dogg immerses himself in Rastafarian culture.

Netflix has a weed documentary on just about every sub-topic and interest you can think of. Check out 11 of the top Netflix documentaries you can catch on demand on your couch tonight. Presented in reverse chronological order.

The racial injustices of the war on drugs is brought front and center in this documentary featuring Snoop Dogg, Darryl "DMC" McDaniels and more. Cannabis advocate Fab 5 Freddy narrates the past, present, and future of cannabis and law.

A look at the darker side of marijuana cultivation, Murder Mountain is a series with a flare for the dramatic. While steeped in reality, the series is produced in such a way to raise the hairs on any conspiracy theorists neck. As Humboldt County and the Emerald Triangle are exposed for being rather sinister places to compete in a seemingly unregulated drug war, it does show the power struggles of the less public-facing side of the drug.

Explained: Weed, is a look at marijuana from ancient Chinese use through today. It looks at the science of the plant, potency, strains, and of course, legalization. Featuring Kevin Smith as narrator and other well-known weed enthusiasts like Tommy Chong.

Filmmakers Ricki Lake and Abby Epstein of The Business of Being Born show how cannabis can be truly life-saving. This documentary shows how real people are using cannabis medically to help cure ailments to bring home the point that more research needs to be permitted for this potential miracle drug.

The Legend of 420 delves into the legalization of the plant in California to the arguments against prohibition and how they are centered on ignorance rather than protection. The Legend is something of a complete cannabis overview, ideal for those interested in its American roots to today's usage in medicine, art, and more.

A Life of Its Own: The Truth About Medical Marijuana

Produced and directed by award-winning journalist Helen Kapalos, this insightful documentary on medical marijuana is a “journey into the largest human trials in the world.” Taking place in Israel, view scientific analysis on the effects of medical cannabis on medical subjects and some of the most cutting-edge research in the world on the treatments taking place.

This marijuana documentary is aptly named as a double entendre, covering the first media outlet to cover marijuana usage in full as it emerges in Denver, CO. Follow The Denver Post as they dive headfirst into strain reviews, policy coverage, recipe sharing and more in the first, and most in-depth, look into marijuana journalism.

Join rap icon Snoop Dogg as he makes his transformation into Snoop Lion and produces his first reggae album. In this spiritual journey where Snoop immerses himself in Rastafari culture, we hear original insight into the artist’s past career, his loves, losses, and failures. Snoop Dogg ventures to Jamaica to learn about the underbelly of its marijuana culture, the ghetto’s of Trenchtown, and the heartbeat of reggae, only to emerge as Snoop Lion.

Coming from the great minds at National Geographic, Inside: Meeical Marijuana showcases the drug’s influence on a Northern California region where more than two thirds of its population are employed by the marijuana industry. The emphasis is on the science of medical marijuana and the legal implications of its widespread use.

Former High Times magazine Stoner of the Year, comedian Doug Benson chronicles his life as a habitual marijuana smoker who quits for a month, then smokes non-stop for the next. Less of a mind-bending documentary than a comedy, it also features guest appearances by other comedian celebrities such as Sarah Silverman, Patton Oswalt, and Rob Riggle.

The Union: The Business Behind Getting High

Filmmaker Adam Scorgie seeks to present facts about marijuana by bringing to light the extensive illegal marijuana market in British Columbia. Scorgie showcases this international issue through the eyes of growers, pop culture stars, police officers, doctors, criminologists, economists, and politicians. The documentary also zeros in on the legality of alcohol and tobacco as a comparison to cannabis.